A memorial service for RVC’s first president, Clifford G. Erickson, was held on January 9, 1988. Erickson began as president in 1965 when classes were held at the Naval Reserve Armory, National Guard Armory, YMCA, and Harlem High School. RVC’s enrollment in 1965 was 1,064. When Erickson left RVC in 1968, enrollment was up to more than 3,000 and construction on the first campus buildings was underway. 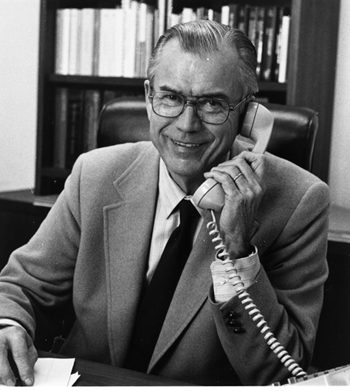 After spending over two decades at Rock Valley College, Rudy Chapko left the College in January of 1988, but certainly left his mark behind. He began as a counselor in 1967 and in 1969 began leading the student organizations and Student Commission. Before he left, Chapko had worked with an architect to lay out a plan to restructure the Student Center, a plan that would include space for a new bookstore, a game room, a café, and a sports deli. Although it would be many years later (2002) before the Student Center would see major renovations begin, the spirit of Chapko’s vision certainly was incorporated. 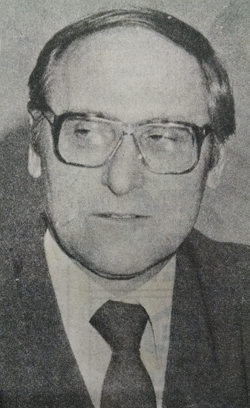 In March of 1988, Rock Valley College was the first test site for a new generation of software developed by the University of Michigan for controlling robots in classrooms. RVC instructor Jalil (Joe) Etminan (pictured below) was described as “beaming like a proud father” as he watched a robot restack a pile of cones in just a few seconds. Etminan has been teaching robotics at RVC since 1987 when the course started modestly in CLII before moving to the Tech Center in 1988. Each year Etminan hosts a special night that showcases his students’ robotics projects. The College has also hosted the Rock River Off-Season Competition in robotics for the last two years and will be hosting again on July 24-25 in the PEC. Learn more at r2oc.org. 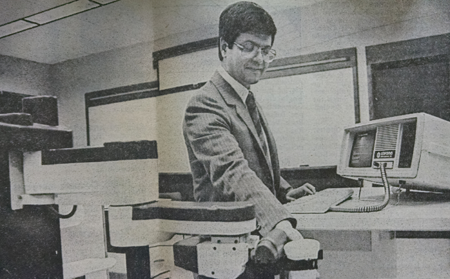 Joe Etminan was “beaming like a proud father” as robotics at the RVC Tech Center was born.

Suzanne Kaufman, then professor of art at Rock Valley College, won the Airport Art Contest sponsored by the Rockford South Rotary Club in October of 1987. Her artwork was officially dedicated on April 17, 1988 at the Rockford Airport terminal. Her winning art (pictured below with Kaufman) was called “Analogous” and was a one-quarter-inch computer chip magnified 186,624 times, which gave the illusion of an aerial view of runways and buildings. 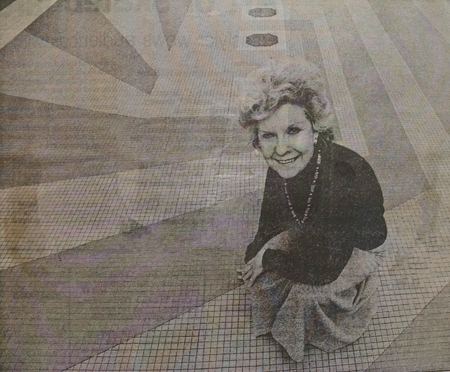 RVC student Jeff Hess not only wrote a play but was also able to direct and produce it and see it performed at RVC on May 11, 1988. The play, entitled Juxtaposition, was about a young married woman who feuds with her father-in-law who has just moved in with her and her husband. The play was financed by the RVC Student Commission. Hess said RVC offered him the kind of freedom to explore his options and he felt it offered him opportunities he could not have likely had at a larger college. Like writing, producing, and directing his own play! 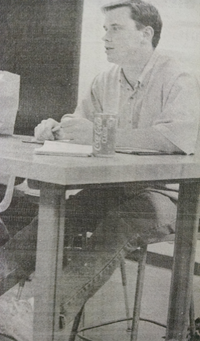 RVC student Jeff Hess looks on at rehearsals for his play Juxtaposition in 1988. 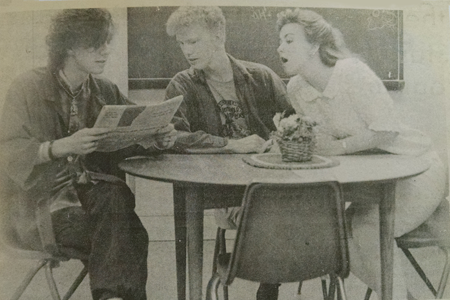 On June 20, 1988, Rock Valley College, its new technology center, and president Karl Jacobs received national media coverage, making front page headlines in a large feature story in the New York Times in 1988, titled “Community Colleges Emerge As Centers for Job Training.” In the article, Jacobs discusses the new tech center and that it was built to meet the needs of the Rockford community that was driven strongly by manufacturing in the 1980’s. Want to see the full article on display? Head up to the second floor of the Woodward Technology Center near room 271 and you’ll find it framed on the wall! 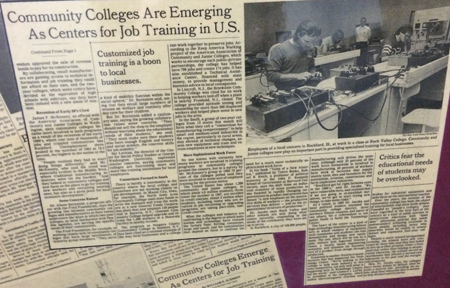 You can find the New York Times article from 1988 featuring RVC hanging in the WTC outside room 271!

Additionally, in July of 1988, the Chicago Tribune listed RVC’s new tech center as one of the greatest new strengths in the area, and in September of 1988, Industry Week said the College’s tech center was “an example of today’s bullish community colleges when it comes to training America’s workforce.”

As a result of all this attention, Jacobs and RVC were also featured on the front page of the October 17, 1988 edition of the Rockford Register Star with the headline “Jacobs’ style ‘strange’ – and successful.” In addition to the national acclaim listed above, the Register Star article cited the 1984 evaluation by the Commission on Institutions of Higher Education that concluded RVC had strong community support, sound financial management, excellent educational programs supported by a solid administrative team, and healthy relationships among administrators, faculty, students, and the board of trustees.

David Ropp, who had just recently graduated from RVC in the spring of 1988, scored 93 out of a possible 120 points to take top honors in the American Mathematical Association of Two-Year Colleges’ 1987-88 national math competition held in the summer of 1988. As the country’s winner, Ropp became the first recipient of the $3,000 Chuck Miller Memorial Scholarship. 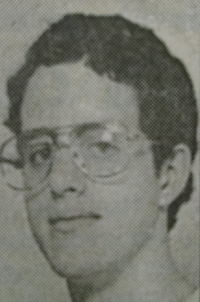