In preparation for designing an Applied Technologies Center in Rochester, Minnesota, officials from Rochester visited Rock Valley College’s Tech Center in February 1990. RVC’s Tech Center was viewed as a role model for the Rochester project and was considered a great example of a successful technology training center. 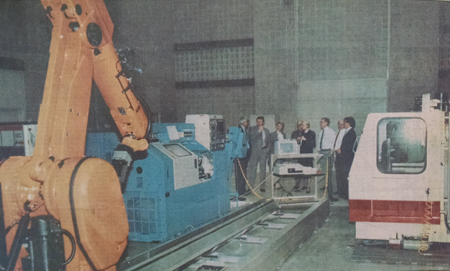 A movable, articulated arm robot and two computer-controlled machining centers in the RVC Tech Center were observed by proponents for an Applied Technologies Center in Rochester, Minnesota.

The spring 1990 enrollment at RVC was up 6.4% over the previous spring. RVC President Karl Jacobs noted the high unemployment rate and rising costs of four-year institutions as possible reasons for the increase. The College also saw an 8.4% rise in credit hours taken that spring. 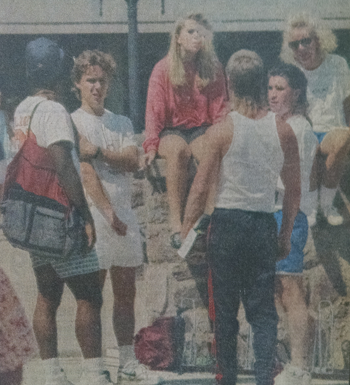 RVC student Randy Kays took second place at the College’s annual Juried Student Art Exhibit in May 1990 for his terrifying project entitled “Genetic Turmoil,” which depicted in Kays’ words “a genetic experiment that went kind of crazy.” It took Kays an estimated 200 hours to construct the paper-mache monster housed in a life-support system. Kays had dreams of working as a special effects artist in Hollywood and was set to transfer from RVC to NIU to major in computer graphics. 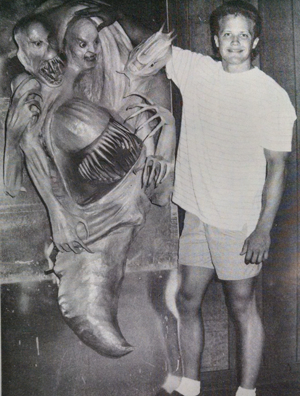 In the summer of 1990, RVC offered a unique summer program that encouraged women to consider careers in technology. This was the second summer in a row that the program was offered after 66% of the previous summer’s 32 participants went on to enroll in a technology course at RVC the following fall. In 1989 the Illinois State Board of Higher Education, Department of Adult and Vocational Education selected RVC’s Women in Technology program as a “Showcase of Exemplary Programs.” 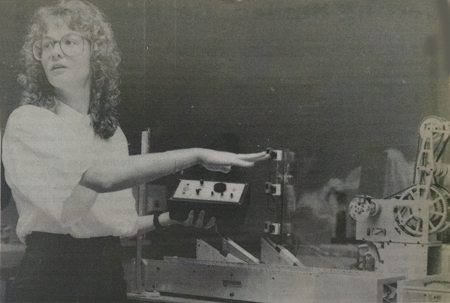 In September 1990, RVC offered a class on how to use a camcorder. Despite the rise of smartphones, camcorders still exist today, however most of them are not much bigger than your hand. As opposed to 1990 when you had to lug something like this around… 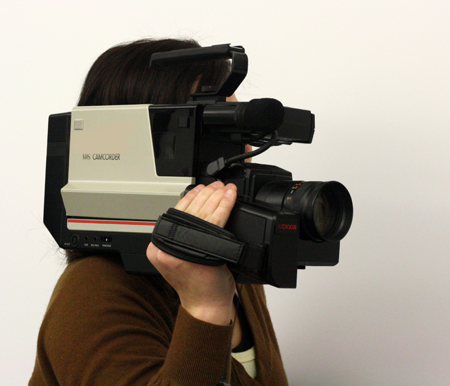 In related and interesting video news from 1990, USA Weekend ran a blurb in September 1990 on how colleges were starting to take advantage of videos to help in the recruiting process, making it easier on students to not have to visit every school that interested them. About 60% of the USA’s top colleges said they were using “slick videos to tout their campuses.”  A Beloit College representative was quoted as saying “kids don’t read” in response to why he was for the new video trend. Of course this was long before YouTube was born, meaning back then the VHS video tapes had to be mailed to students who requested them and the cost was $4 per tape.