In January of 1996, Rock Valley College’s Tech Center established a Best Manufacturing Practices Center of Excellence, a storehouse of information about the best practices in manufacturing- the best ways to accomplish every step of design, testing, production, facilities, logistics, and management. At the time, Rock Valley College was one of only six such centers in the nation, the only Midwest site, and the only community college site. The program was a free service offered to companies to help them learn from other businesses by obtaining reports, or tapping into a database to learn about best practices companies have used to boost production or improve management. Local companies like Hydro-Line Inc. and Camcar Textron were two of the first companies to take advantage of the new service at RVC. The program’s director, Dean Zaumseil, was expecting by the end of 1996 to have helped 150 Midwest companies, half of them in Rockford.

Rock Valley College’s Center for Learning in Retirement (CLR) was one of 11 recipients of the Governor’s Award for Unique Achievement in 1996. The Northwestern Illinois Area Agency on Aging nominated the CLR for the award, which was established by former Governor Jim Thompson to recognize older adults who have made a difference in their communities. 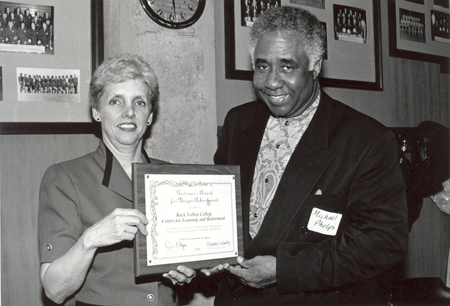 RVC Starlight Theatre celebrated its 30th year in the summer of 1996 with productions of Bye, Bye Birdie, Pippin; Crazy For You; and Joseph and the Amazing Technicolor Dreamcoat. Next summer Starlight will celebrate its 50th season. Stay tuned for an announcement in the coming months on what to expect under the stars for Starlight’s 50th! 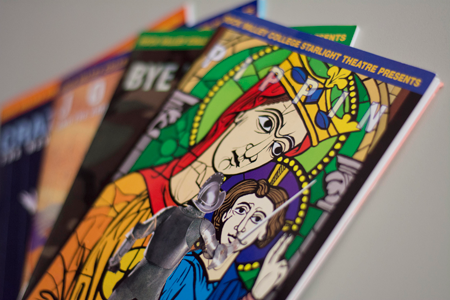 In July of 1996, Joe Drought was named Director of Public Safety and Assistance at RVC, succeeding Bradley Meister, who resigned to move to Texas. Though his title has since changed to Chief of Police, Drought has remained in the same position since 1996. Chief Drought began his career in law enforcement in 1981 with the U.S. Army Military Police Corps, achieving the rank of Staff Sergeant. His primary specialty during his nine years of service was as an Explosive Detector Dog Handler. Upon separation from the Army, he served as a part-time police officer at RVC before being hired as a deputy for the Ogle County Sheriff’s Office. He served Ogle County as a deputy, detective, SWAT team member, and K-9 handler for three years prior to being hired as a full-time police officer at RVC.

Chief Drought holds instructor certifications in firearms, defensive tactics, self-defense, and Rapid Response to Active Shooter. He is proud to serve the RVC community, and particularly enjoys addressing the needs of and interacting with students, faculty, staff, and visitors of Rock Valley College. 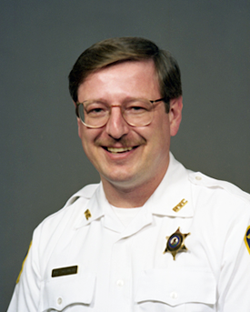 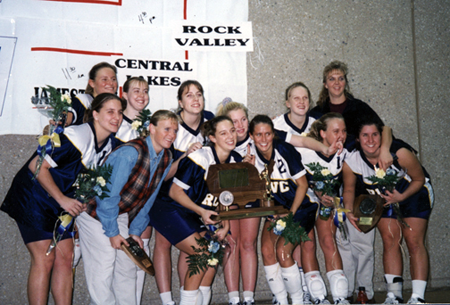