Playing in only their second tournament ever, Rock Valley College’s bowling club team shocked a number of four-year universities by placing second in the Notre Dame Blue and Gold Classic on January 31-February 1, 1998, in South Bend, IN. RVC totaled 11,184 pins to finish just 89 pins behind nationally ranked Indiana University. RVC finished ahead of Western Illinois, Wright State, Indiana State, and University of Illinois in the 16 team tournament.

As part of Rock Valley College’s Black History Month events, historian Anthony Cohen spoke in the Performing Arts Room on February 11, 1998. Cohen spoke about his 1,000 mile journey that retraced the slave journey known as the Underground Railroad. He walked most of the 1,000 mile trip from Sandy Spring, Maryland, to Amherstburg, Ontario. To prepare for his trip, he spent hundreds of hours in the Library of Congress and other archives to pinpoint the actual routes and modes of transportation used by runaway slaves. Cohen received national acclaim for his journey and Smithsonian magazine followed him on part of his trip and documented it for an October 1996 feature article.

Eloise Eshbaugh, hired as Rock Valley College’s first registrar in 1965, made sure that she would impact RVC students long after her death. In 1998, the college received $143,000- one-quarter of Eshbaugh’s estate- to be used for scholarships. The generosity did not surprise Pat Meisenholder, who served as assistant registrar under Eshbaugh for four years. “The students were uppermost in her mind all the time,” said Meisenholder. “The gift is certainly well representative of her personality.”  Eshbaugh worked as RVC’s registrar from 1965 to 1970.

On Thursday, May 14, 1998, Rock Valley College held its 32nd graduation ceremony. Although the date was set many months in advance, RVC graduates ended up sharing the night with one of the most highly anticipated television events of all-time: the series finale of Seinfeld. With 76 million viewers, the Seinfeld finale is the fourth most watched TV series finale of all-time (trailing only M.A.S.H., Cheers, and The Fugitive). While the decision of where to be that night might have been difficult for some graduates and their friends and families, it was an easy choice for Stacey Bement. She set her VCR and attended the ceremony. “I’d say that graduating from college will probably pull more weight in 10 years,” said Bement.

After hiring the college’s third president (Roland Chapdelaine) in 1997, little did RVC officials know they were hiring the college’s future sixth president in 1998. In October of 1998, Mike Mastroianni was named the director of the Management Institute at RVC’s Business and Professional Institute (BPI). In his first role at RVC, Mastroianni was in charge of all management training, strategic planning, organizational development, team training, and personal and professional development. In subsequent years, Mastroianni held the titles of Dean of Community Outreach, Associate Vice President of Outreach and Planning, and Vice President of Career and Technical Education and Outreach at RVC before being named the college’s sixth president on April 8, 2014. 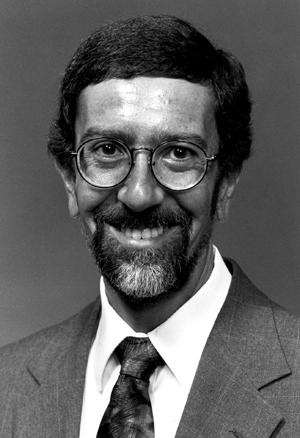 In 1998, to help meet the need for high-demand jobs in health care, local hospitals partnered with Rock Valley College to coordinate training for students to become surgical technologists or health-unit coordinators. In the past, the hospitals had offered these training programs but they were victims of cost-cutting measures. RVC stepped up to meet the need. All three Rockford hospitals offered internships to RVC students in conjunction with the surgical technologist and health-unit coordinator training. Approximately 20 students were enrolled in each program for the first semester they were being offered.