The 33rd graduation ceremony at Rock Valley College on May 13, 1999, was the first where a student was selected to deliver the keynote address. For years, Barbara Riverdahl, 50, knew she wanted to go back to college as she watched college graduates half her age earning twice her salary. Then in 1987, she started going blind. “When I found out I was losing my sight, I felt useless and degraded,” said Riverdahl. But that did not stop her. By the time she addressed her fellow graduates, Riverdahl was graduating RVC with high academic honors and was one of just 25 Phi Theta Kappa students in the world to receive the George Bierkoe Distinguished Member Award. Riverdahl planned to transfer from RVC to the University of North Carolina at Chapel Hill to pursue a double major in psychology and education. “Look out world, here I come,” said Riverdahl near the end of her speech. “And the Class of ’99 is here with me.” 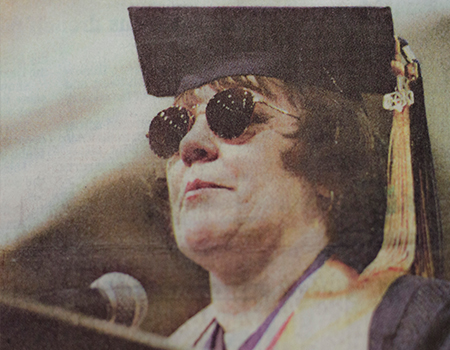 Rock Valley College awarded its first honorary degree on May 13, 1999, to Webbs Norman, long-time manager of the Rockford Park District. “This is a great honor,” said Norman as he received his Associate of Arts honorary degree. “We have for almost three decades enjoyed a great partnership of learning with this great institution.” 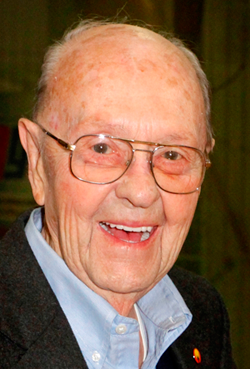 In the summer of 1999, Rock Valley College offered a “How to Prepare for Y2K” class. The class, offered four times that summer and taught by Jodi Didier, covered information on drying foods, how to store food, living without electricity, surviving without water, how to keep warm, how to evacuate your home, and other disaster-preparedness topics. Didier realized that Y2K might come and go without incident, but still felt her course was worthwhile for teaching people how to prepare for emergencies. The college was initially preparing for a 30-person class that summer but the response was so strong that it was opened up to 100 students. 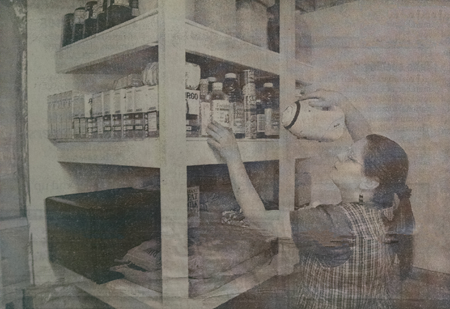 Jodi Didier looks over her Y2K storage area using a wind-up flashlight at her home in 1999.

Rock Valley College was one of just two local colleges to participate in the Illinois Virtual Campus when it was created in 1999. The IVC was essentially a catalog of courses and programs offered online by Illinois colleges and universities with a goal of helping students quickly find available online courses. The IVC website had a variety of tools that made locating information easy. Learners could search for courses or programs by subject, school, and degree or browse the database by subject, school, or by most recent additions. In 1999, the IVC started with 931 courses offered by 38 institutions around the state. For the fall 2015 semester, RVC is currently offering nearly 150 online credit courses. 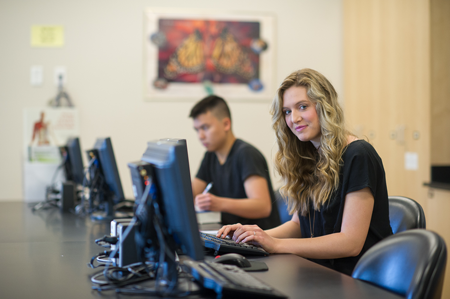 On November 19, 1999, the Rock Valley College Athletics Booster Club held its inaugural Taste the Hops fundraiser. The event, still held annually, gives you the opportunity to sample from a wide selection of unique beers and features live and silent auctions, raffles, food, music, and dancing. All proceeds benefit the athletics programs at Rock Valley College. Be sure to save the date for this year’s event on Friday, October 23, 2015! 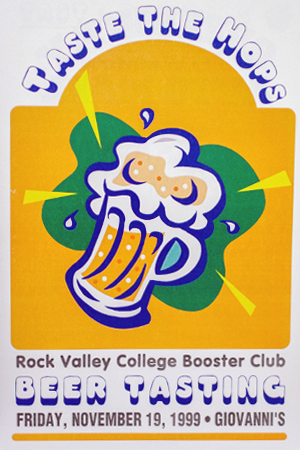 Once in a Millennium Opportunity

The Rock Valley College Community Chorale was one of just three groups to perform at a special millennium concert at the legendary Carnegie Hall in Manhattan on December 30, 1999. RVC’s choral director Dean Durst saw an advertisement looking for groups to perform at the event and sent in a recording of commissioned work the chorale performed in December 1998. Durst referred to Carnegie Hall as “Utopia for musicians.” The performance, The Last Concert of the Millennium at Carnegie Hall, was attended by 58 of the chorale’s 70 members. The chorale members ranged in ages from teens to those in their 70s and represented all walks of life. For those who could not travel to the Big Apple to watch the performance, the chorale offered a sneak preview of the music they would perform at Carnegie Hall in a special show in RVC’s Performing Arts Room on November 19, 1999. 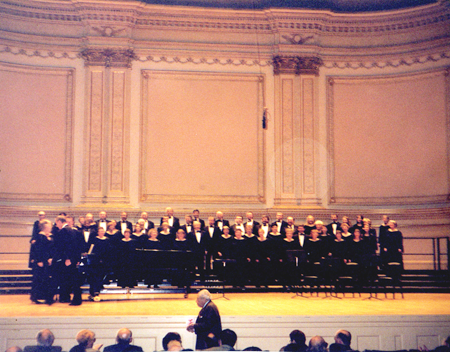