The Grammy-winning Mexican band Los Tigres Del Norte performed to an audience of 3,000 at RVC’s Physical Education Center on Friday, March 3, 2000. The band had its first gold record in Mexico in 1971. In 1987 they were nominated for a Grammy for the best Mexican-American performance of the year. They won a Grammy in 1988 for their album Sin Fronteras. 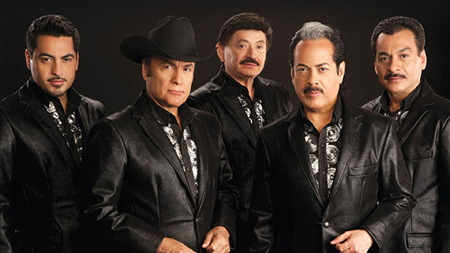 In yet another example of Rock Valley College adapting to the times to provide useful training, the college offered a course on E-commerce on March 8, 2000. Participants were taught all about the efficiency, profitability, and necessity of doing business online successfully. Richard Asbury, regional manager with Cleveland’s Electronic Commerce Resource Center, advised participants on building successful Web pages, as well as online and other electronic marketing methods.

Back in 2000, “going mobile” did not mean what it does today, but in the spring of that year Rock Valley College unveiled a mobile Corporate Training Center (CTC) that allowed the college to take technology training on the road to local businesses. The CTC was a 30-foot motor coach equipped with 12 laptop computers and work spots, an instructor’s station, a pull-down screen and projector, a television, and a VCR. The capacity was 12 students and the cost for a one-day seminar was $1,000, including a Microsoft certified and degreed instructor. The city of Rockford and two local corporations already had the CTC booked for 40 days soon after it was launched. 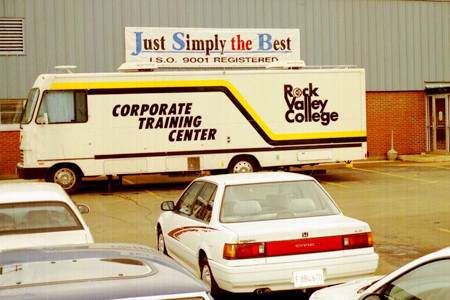 Nineteen-year old Rock Valley College student Nicole Manske was crowned Miss Rockford on May 14, 2000. Manske graduated from Hononegah High School in 1998 and won Miss Illinois Teen USA that same year. Manske went on to work as a reporter for WREX-TV while attending NIU. After working in television in Fort Wayne and Indianapolis, Manske landed a job as co-host of The Speed Report on the Speed Channel and later became the host of the daily news show NASCAR Now on ESPN2. In 2014, Manske (now Nicole Briscoe) was promoted to an anchor for SportsCenter on ESPN. 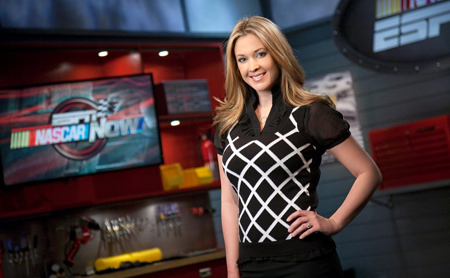 On Friday, May 19, 2000, the RVC men’s tennis team captured the first national championship for a men’s team in the college’s history. The Golden Eagles won three of their five title matches in Tyler, Texas. RVC’s #1 doubles team of Justin Timm and Josh Gesner also became national champions after defeating a duo from Riverland Community College (Minnesota), while Reid Lester won the #5 singles championship for RVC.  “In my 23 years of coaching this is the best experience I’ve ever had,” said RVC tennis coach Steve Vee. “The guys all worked their hearts out.” Vee was named NJCAA Division III Men’s Tennis Coach of the Year. Joe Dredge, Gesner, Lester, Jay Patch,  Timm, and Richie Wolf were all named NJCAA All-Americans. 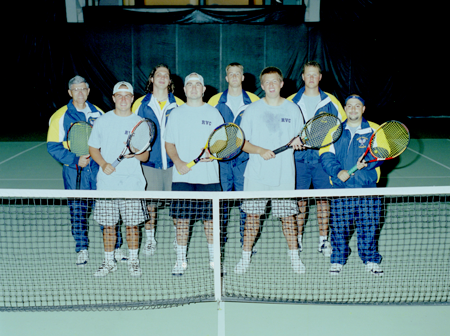 Starlight Goes Back to Its Roots

RVC’s Starlight Theatre went back to its roots (performing on the lawn) for its 34th season in the summer of 2000 while the construction and remodeling of the Bengt Sjostrom Theatre was taking place. The temporary facility was constructed of materials from Starlight’s past and the season kicked off on June 7, 2000, with Godspell, which had last been performed in Starlight’s last season on the lawn in 1975. 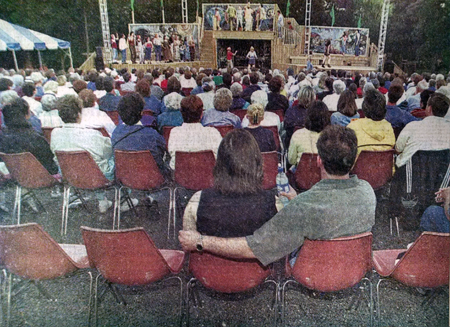