On May 3, 2002, the RVC band and choirs performed at the historic Coronado Theater in downtown Rockford. The college’s bands and choirs often perform at locations around Rockford and right here on our campus in the Performing Arts Room. They also perform at many special ceremonies held at the college, including annually at graduation in May. 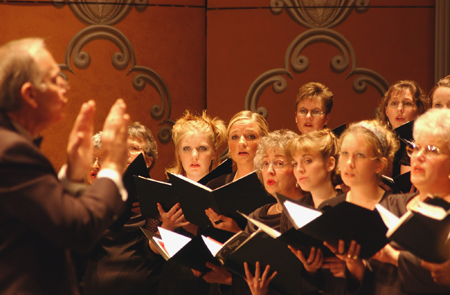 Nielsen is the colorful and influential lead guitarist/songwriter for the internationally known band Cheap Trick. Nielsen wrote almost all of the songs for Cheap Trick’s first few albums. He is well known for his guitar collection, baseball caps, and fondness for checkerboard patterns.

Rice was a Detective with the Rockford Police Department. He joined in 1987, serving as Patrol Officer, Field Training Officer, Firearms Instructor, and Special Weapons and Tactics or (SWAT) team member. He was promoted to detective in 1994 and became one of the founding members of the gang crimes unit. Kevin was also involved in Shop with a Cop, Gloves for Kids, and the Special Olympics. Kevin lost his life in 2001 while off duty, stopping to investigate two suspects.

Syverson is a Republican member of the Illinois Senate representing the 35th district since 2013. Previously, he represented the 34th district from 1993-2013. He got his first taste of political life at Rock Valley College serving as student council vice president. He helped re-write welfare reform in Illinois and was named Chair of the Senate Public Health and Welfare Committee. He has received awards and special recognitions from organizations including Prevent Blindness America, the American Red Cross, and the Rockford Association for Minority Management. 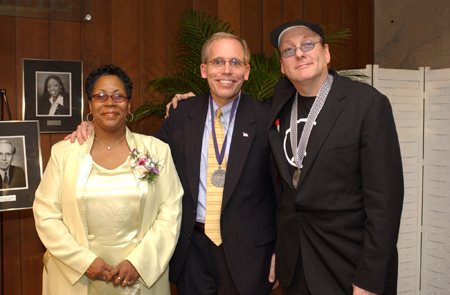 In May of 2002, Steve Vee led his men’s tennis team to its second national championship in three years. Individual national championships by Jason Giardin at number two singles and Matt Palmer at number five singles helped lead the way as RVC outscored College of Dupage and Brookdale College, 36-31-31 to capture the title. Palmer and Mike Cassata won the national championship for number three doubles, while Vee was named NJCAA Division III Men’s Tennis Coach of the Year for the second time.

Not to be outdone, Steve Benjamin’s golf team captured its second national championship in a row in June of 2002. Behind solid play from a five man team of David Risen, Matt La Marca, Grant Schnable, Matt Smith, and Donny Hillis, RVC finished with a four round score of 1235 to best Monroe College by 13 shots. Risen,  La Marca, Schnable, and Smith left RVC as two-time national champions and La Marca as a two-time All-American. For the second year in a row, Benjamin was named NJCAA Division III Men’s Golf Coach of the Year. 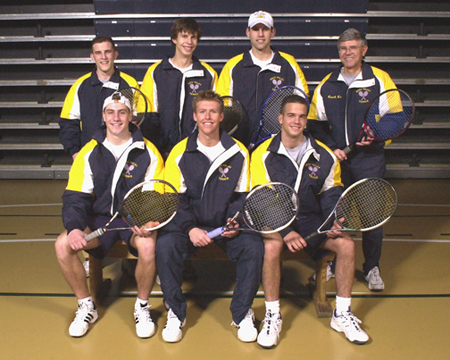 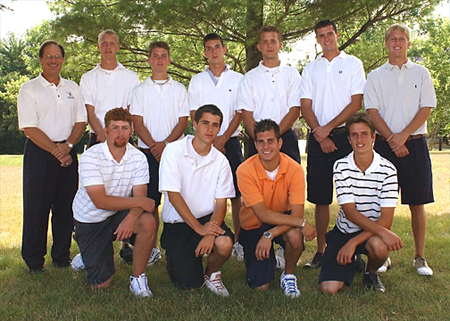 On October 28, 2002, RVC rolled out a new website design. New Marketing Director Chuck Brown made the website a top priority, promising a fully revamped site with “customer-friendly navigation and flashy design.”  In November of this year, the college will debut another new web design with some of the same goals in mind, including a more modern design and improved site navigation. But in a sign of the changing times, another key feature will be the site’s responsive design that will allow the site to render properly on all mobile devices.

A screen shot of the RVC home page redesign from 2002… 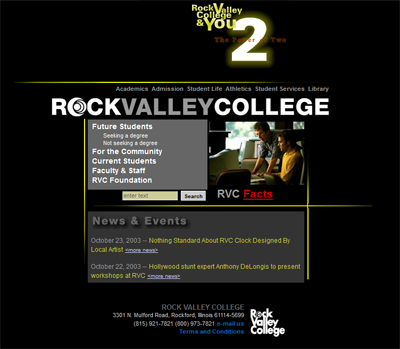 …a mockup of the new home page design coming in November 2015! 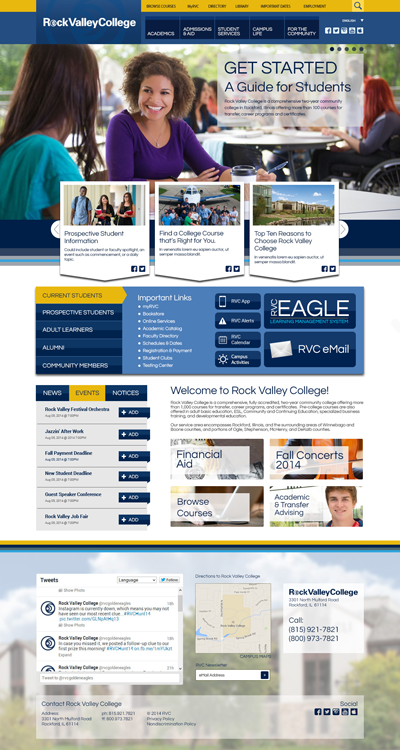 On November 16, 2002, the Rock Valley College Foundation held its first Starry, Starry Night fundraising event.  Starry was a unique cross between a classy ball and a fun costume party. Attendees dressed in costume and decorated their tables in often elaborate ways in accordance with the event’s theme each year.  Different themes from over the years included “You Oughta Be in Pictures,” and “Heroes and Villains.” Held each year from 2002 through 2012, Starry, Starry Night raised close to $1 million in total for the RVC Foundation. 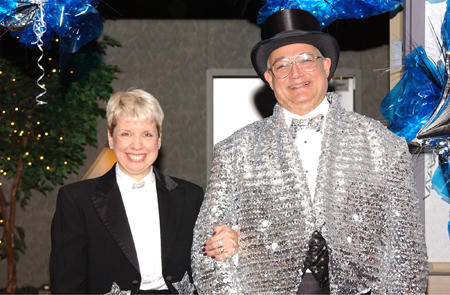 Foundation Director Suzanne Berger and RVC President Chip Chapdelaine in the spirit at the inaugural Starry, Starry Night in 2002.

In December of 2002, Assistant Professor of English, Lamata Mitchell was honored in the seventh-annual edition of Who’s Who Among America’s Teachers. Dr. Mitchell is currently the college’s Dean of Communication.

Starlight Theatre Director Mike Webb was honored at Rockford’s 150th birthday celebration gathering on Wednesday, December 11, 2002. He received a bronze cast medallion for “helping make Rockford a very special place- not only today but for future generations.” The honor was presented by Rockford Mayor Doug Scott as a part of the Sesquicentennial program honoring special individuals and organizations in Rockford. Webb was honored in the “futurists” category, along with 83 other citizens, including retired RVC president Dr. Karl Jacobs. Webb was also one of the nominees for the Rockford Register Star 2002 Excalibur Award.

A backstage shot of Mike Webb from the Coronado during a production of the World War II Camp Grant Musical We’re Telling You, which Starlight remounted for the City of Rockford’s Sesquicentennial in 2002. 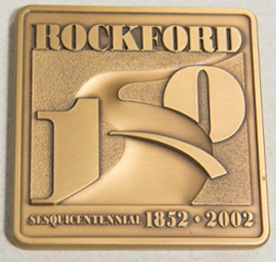 The bronze cast medallion presented to Mike Webb by Mayor Scott on December 11, 2002.