On April 25, 2003, The Valley Forge, RVC’s student newspaper, was honored with 10 awards, including first prize for overall excellence at the 28th annual Spring Conference/Awards held by the Illinois Community College Journalism Association (ICCJA). This marked the second straight year The Valley Forge took home the top honor and the third time overall. One judge commented that The Valley Forge had, “consistently good writing and editing, superior headlines, superior photos and a great sports section.” 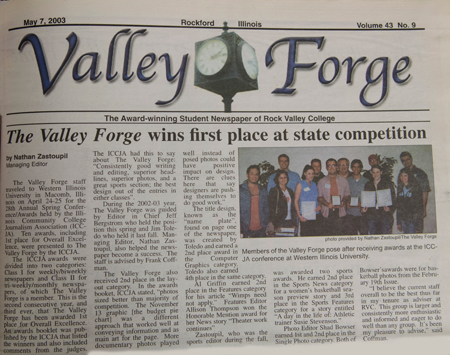 Reverend Bitner was Senior Pastor at Zion Lutheran Church, and has been a community leader, and active in youth ministry, housing, education, and race relations. He was instrumental in spearheading the development of Patriot’s Gateway Center, a successful collaboration, housing 18 social service agencies.

Lichtenheld is a children’s book author and illustrator. His books, Shark vs. Train, Goodnight, Goodnight, Construction Site, and Duck!Rabbit!, were all New York Times bestsellers. Before venturing into children’s books, he was an award-winning art director at Fallon Minneapolis and Cramer-Krasselt in Chicago. While at RVC, he worked at the student newspaper, The Valley Forge.

Pugh was Chief of Police for the City of Rockford from 2003 through 2005.  He joined the police department in 1975 retiring after 30 years of service in 2005. He completely rebuilt the police department’s SWAT team and helped develop and implement successful programs, including the motorcycle, bicycle, and K-9 patrol units. 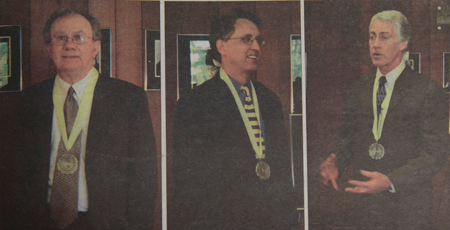 Left to right:  Denver Bitner, Tom Lichtenheld, and Steven B. Pugh at the RVC Alumni Hall of Fame induction ceremony in 2003.

In May of 2003, the Rock Valley College Mass Communication program’s Motion Picture Production class took home a Telly Award for their documentary, The Coronado: Rockford’s Wonder Theatre.  The Telly Awards were founded in 1980 to recognize outstanding non-network film and video productions, and commercials. The judges are top professionals and rate entries on a 1 to 10 point scale. The documentary was directed by Brian Shelton and produced by Shawndra Bateson.

On June 10, 2003, a roof-opening gala was held at the newly remodeled Bengt Sjostrom Theatre (Starlight Theatre). The 135,000 square foot architectural wonder was designed by world-renowned architect, and Belvidere native, Jeanne Gang and her firm, Studio Gang Architects. The design’s most unique feature is its 200-foot, retractable star-shaped roof, which opens like the petals of a flower, allowing audiences to enjoy the night sky while still being protected from inclement weather. The project was three years in the making. The gala featured a hors d’oeuvres table highlighted by an ice sculpture of the Starlight Theatre, a cast of 500 people performing numbers from shows Starlight has put on over the years, a performance by Lakota Sioux Great Native American Dancers, fireworks, flaming desserts, and music by Moonlight Jazz Orchestra. The 2003 Starlight season, the first in its new home, featured the musicals Big River, Just So, and Children of Eden. 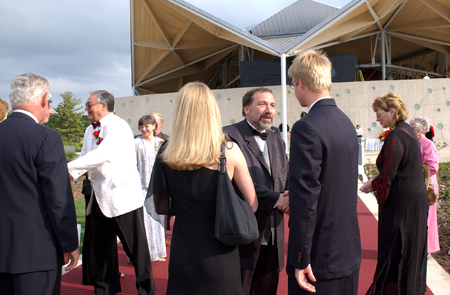 Mike Webb greets guests on the red carpet at the Starlight Theatre roof-opening gala on June 10, 2003. 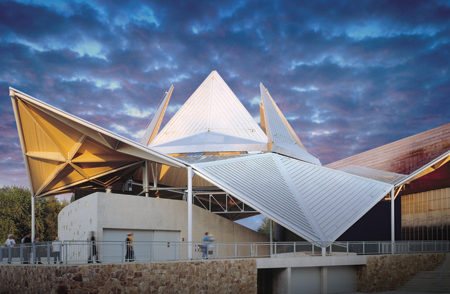 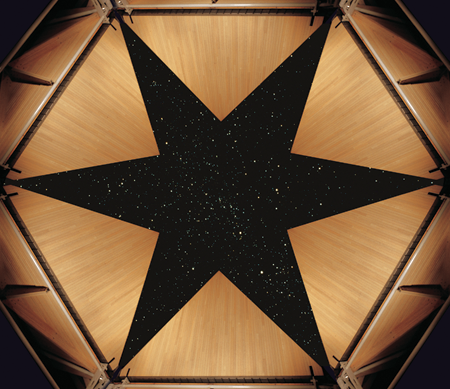 To see more photos of Starlight from 2003, including construction and gala photos, check out our Facebook album!

Dail Oij, a fixture at RVC since 1969, retired at the end of September of 2003. Oij was a student in the college’s early days from 1969 to 1971 and returned to RVC to work in the Community Services department in 1977. He served as assistant director of the Student Center from 1979 to 2000 and finished his last years at the college as the Student Center’s director. Oij touched the lives of many students, staff, and faculty for over 30 years at RVC. Sadly, Oij passed away in July of 2014 at the age of 64. The Dale Oij Scholarship Fund was established at RVC to help students achieve their goals, as it was his passion to help each student reach their full potential. 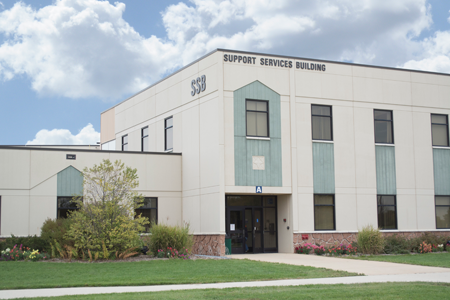