Initiated in 1985 and named after Club founder, Mrs. Chandler Starr, the award recognizes persons who have made a major contribution to the advancement of quality music in the Rockford area, has had significant involvement in civic, religious and/or service activities, has exhibited high moral values and can be held up as a role model, particularly to the youth of the Rockford community.

The Barbara Bush Foundation awarded a $65,000 grant to Rock Valley College to fund the development of theFamilies Reading to Succeed Program, a family literacy program for disadvantaged and at-risk adults and children in partnership with Rockford MELD. RVC was one of just 10 grant recipients chosen from nearly 550 applications. Since its inception in 1989, the Foundation has awarded over $17 million to more than 500 family literacy programs in 47 different states and our nation’s capital. Because of this grant, RVC was able to partner with Rockford MELD to offer family literacy, including two ABE and two GED classes at MELD’s location to 30 disadvantaged and at-risk adults and 20 children.

In the spring of 2007, led by the efforts of Assistant Professors Brian Shelton (Mass Communication) and Chuck Konkol (Computers and Information Systems), RVC became the first community college in Illinois, and one of the first in the nation, to join iTunes U. Through iTunes U, RVC instructors created more than 450 podcasts of classroom lectures in the first year alone. Thanks to Shelton and Konkol, RVC joined top academic institutions like Harvard University, the University of Michigan, and MIT as early iTunes U adopters. At a time when more and more students are trying to balance their education with a job and a family, the convenience of taking their lectures with them was then and still is a welcome innovation. Learn more atrockvalleycollege.edu/itunesu. 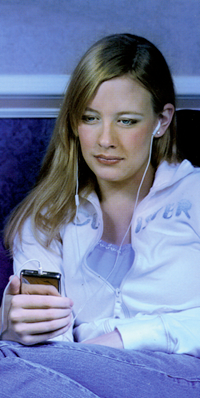 In late summer of 2007, the $7.5 million remodel of the Educational Resource Center (ERC) was completed. The stunning improvements included a clearly defined main entrance from parking lot 8, a beautiful glass door entryway to the library, a skylight and large banks of windows on the north side that provide more natural light, new classrooms, and Meg’s Café. 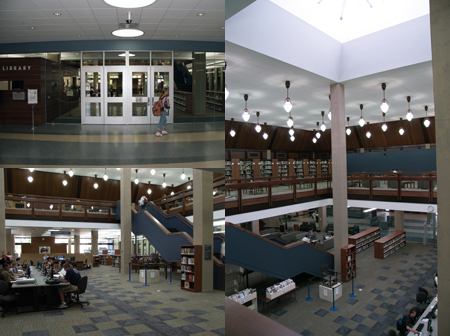 OnSeptember 27, 2007, the Rock Valley College Library was officially renamed in honor of Estelle M. Black. A founding employee at the RVC Library in the mid-1960s, Estelle M. Black was Assistant Executive Director for the Rockford Public Library for 19 years.

Whatever success I’ve had professionally and personally is founded in the support and mentoring of Estelle M. Black”, said LoRayne Logan, President of workplace, inc. a Rockford staffing company. That friendship inspired the businesswoman and civic leader to make a very generous gift to the Rock Valley College Foundation in support of naming the Rock Valley College Library for Mrs. Black. 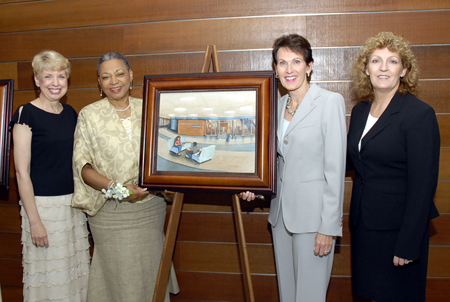 As President and CEO of Alpine Bank since 1996,William C. Roop(class of 1973) has had a tremendous impact on the growth and success of the business. His community leadership at the time of his induction included board membership in the RVC Foundation, Rockford Area Economic Development Council, Boys and Girls Club, SwedishAmerican Health System, Rockford Rescue Mission, Rockford Area Crime Stoppers, and Heartland Community Church. Roop was chosen as the “Outstanding Fund Raising Volunteer” for 2006 by the Rockford Chapter of the Association of Fundraising Professionals.

Susan Sciame-Giesecke, Ph.D. (class of 1974) is the Chancellor at Indiana University Kokomo. As chancellor, she has taken bold steps, working with sister regional campuses to advocate for the importance of higher education as a benefit to everyone, improving retention and graduation rates in those regions, and leading regional partnerships in education, business and economic growth, and research.