RVC Professor of Biology Joe Haverly was honored with the Outstanding Individual Friend of the Environment Award on Thursday, April 8, 2010, at Keep Northern Illinois Beautiful’s Earth Day Awards. The awards are given annually to individuals who make the community a “cleaner, greener and healthier” place to live.

“When I started 20 years ago we didn’t get green awards, and we were kind of the bane of some people’s existence,” Haverly said. “There was a time when being an environmentalist was very unpopular. … More and more, I think they realize that this is the direction we should be moving. It’s become more of a mainstream thought.”

Haverly led the charge to start a campus-wide recycling program at RVC and the college developed a community-wide Earth Day event based in large part on his efforts.

On April 9, 2010, RVC’s Amy Diaz, was honored with an Administrator of Distinction award at the Phi Theta Kappa International Convention in Orlando, Florida. Each year, Phi Theta Kappa honors community college administrators for outstanding service to Phi Theta Kappa on the chapter, regional and international levels. RVC students voted to nominate Diaz, and wrote essays in support of the nomination, because they felt that she has worked hard on behalf of the chapter for many years.

Her support started when she was the advisor of the Omicron Eta chapter at RVC, and as her career has progressed, she has continued to support the chapter by speaking at induction ceremonies and other events. She has also assisted students in obtaining scholarships, and has supported the chapter’s own efforts to create scholarly programs and leadership development events on campus.

In addition to Diaz’s award, one of the chapter’s officers, Sharon Veerayah, was awarded a Distinguished Officer award, and the chapter was also recognized as a Five-Star Chapter and one of the top 100 chapters in the world. 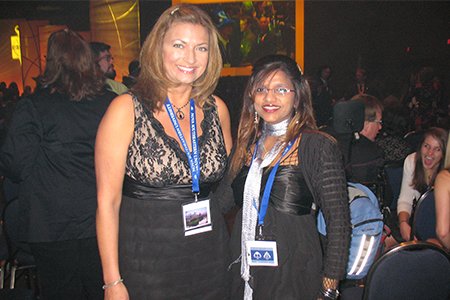 Three Rock Valley College Astronomy students, Evelyn Pulkowski, Matthew Kelley, and Zachary Harker,  received certificates of appreciation from NASA and the Astronomical Research Institute for making a near Earth object observation. A near Earth object (NEO) observation is the discovery of a previously unknown asteroid and confirmation that its trajectory will cross Earth’s orbit. Near Earth objects pose a danger to Earth. Once discovered and confirmed, NASA tracks each NEO and determines the potential risk of impact or collision with Earth. Students in Dr. Richard Ross’s astronomy classes at Rock Valley College were selected to be among students selected at fourteen institutions around the world to participate in a project to find near Earth objects as part of the International Asteroid Search Campaign. The search campaign took place during the spring 2010 semester.

Dr. Ross expressed his gratitude for essential funding for this project through an RVC Foundation grant, stating “The RVC Foundation has been the sole supporter of innovative instructional technology for astronomy at Rock Valley College.” 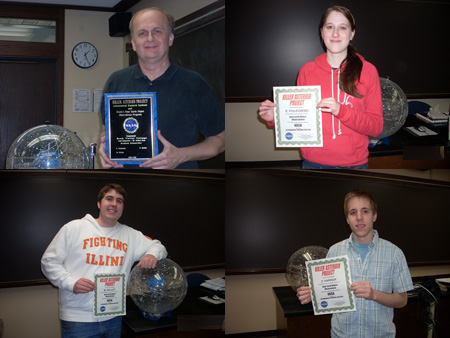 The college broke ground on the construction of the Karl J. Jacobs Center for Science and Math on May 20, 2010. RVC staff, faculty, students, trustees, local dignitaries, and Dr. Jacobs himself, were on hand for the historic moment. The science and math building, named after Jacobs (RVC president, 1969-1997), was the first classroom building to be built on the main campus since ground broke on the Tech Center in May of 1986. 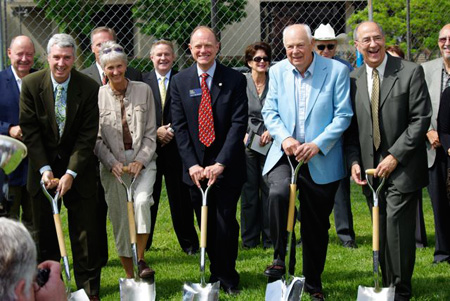 RVC student Jim Sawicki accepted a National Science Foundation Fellowship to work with Dr. Narayan Hosmane, Department of Chemistry and Biochemistry, at Northern Illinois University. Sawicki worked in Dr. Hosmane’s research lab in the summer of 2010 with other undergraduate and graduate students. After graduating from RVC, Sawicki planned to attend the University of Illinois, Chicago to major in Chemistry and minor in Physics and Mathematics. 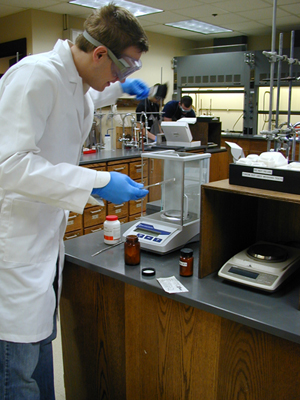 Jim Sawicki in a chemistry lab at Rock Valley College.

A beam signing ceremony for the Karl J. Jacobs Center for Science and Math was held on August 5, 2010. Faculty, staff, and administrators from RVC, and the building’s namesake, Dr. Karl Jacobs, were able to sign their name or write a message that would be enshrined as part of the building’s foundation for all time. 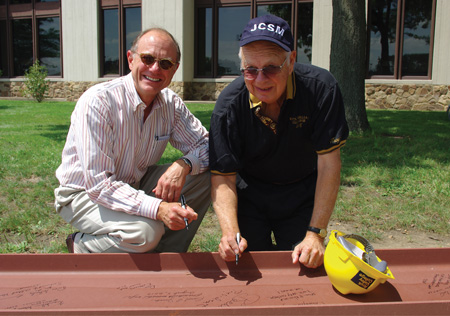 Dr. Jack Becherer and Dr. Karl Jacobs sign their names to a steel beam that would be used in the construction of the Karl J. Jacobs Center for Science and Math.

Dr. Penelope Blake, Professor of Humanities, received a Special Recognition Award from the Military Order of the Purple Heart, Dept. of Illinois, “in appreciation for her dedication and patriotism honoring America’s World War II veterans as a devoted professor of their history.”  Dr. Blake was nominated for the award by Rock Valley College student and Vietnam veteran, Gregory Lunsford.

Slintak was very involved both in the classroom and in clubs and organizations while attending RVC.  She was an active member of Phi Theta Kappa, the special needs senator in Student Government Association, and a level II tutor in the Success Center. In addition, she was a participant in RVC’s Honors program and was also active in the community by volunteering during Rockford Sharefest, at the Belvidere YMCA Barracudas’ parenting board, and with the children’s programs at her church.

Slintak was the first RVC student to ever earn the statewide honor until 2015 when Matilyn Bindl achieved the same distinction. Bindl just received her award on November 7 in Springfield.

A Professional Life You Can Live

A Review of Building a Life in the Humanities: Meditations on the Academic Work-Life Balance Review by Mathew Oakes The...